A licensed attorney, Michael has over 25 years experience in sourcing, developing, negotiating and closing complex commercial transactions. Michael believes in achieving every objective for his clients through creativity, empathy, diligence and precision.

After attaining a BA (Philosophy) and JD (Honors) from the College and Law School of the University of Chicago, Michael was associated with the law firms of Lord, Bissell (now Locke Lord) and Schiff Hardin, where he specialized in business restructurings of public and private companies both in and outside of chapter 11. Michael then moved into the world of trading and special situation analysis with market-makers and trading firms in Chicago and New York, before starting Surgi-Connect LLC with his partners.

Michael believes that every transaction can and should be a win-win situation for his clients, and is 100% dedicated to their success.

In his spare time, Michael volunteers with PAWS, where he is dedicated to matching pets with their new owners! 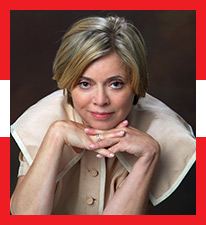 Robin specializes in bringing people together for business relationships that achieve prosperity and ease for each and every stakeholder.

Robin began her career as a big-five consultant before she became one of the top-producing commercial lease brokers in the country. She has been named broker of the year in Chicago, and closed transactions for millions of square feet of commercial office space. Along the way, Robin found the time to own a talent agency, co-found a women’s micro-lending company, chair multi-million dollar fundraising events for juvenile diabetes research, and raise a family.

Robin’s education includes a BA (Philosophy) from NYU, and the University of Chicago MBA program. Aside from the full-time job of guiding her clients to further wealth and success, Robin volunteers for animal welfare causes and chairs the environmental commission for her lakefront community.

Dr. Severko Hrywnak is a board certified physician and a successful businessman who has developed multi-million dollar commercial, residential and medical complexes in Chicago as well as New York.

Ken is a leader with a track record of success. Upon graduation from the US Military Academy, he served over 20 years in the United States Army with assignments throughout the world as an Airborne Ranger Infantry Officer. During his tour with the 24th Infantry Division, Ken was selected and served as the Aide de Camp to then Major General H. Norman Schwarzkopf. Ken spent the balance of his service as a leader in Command and Staff assignments throughout Infantry Divisions and in the Special Operations Community with the 75th Ranger Regiment.

Upon his retirement from active duty, Ken served the New York State Government as Chief of Staff within the Division of Military and Naval Affairs, responsible for the management of a $450 million operating budget. He then served in several key positions in support of US interests in Iraq, including as Chief of Staff/Special Projects, to the Coalition Provisional Authority.

In 2004, Ken’s company Raymond Associates was awarded the close-security protection contract for the protection of US Army senior officers in Iraq, including General Martin Dempsey and General David Petraeus. This contract was executed without incident.

Ken has had a successful career in the private sector both in the US and overseas. He has founded and served on the boards of technology, security, and consulting companies. He continues to provide leadership to those companies. He also founded New York State for Veterans, a 501(c)(3) not-for profit company with the mission of assisting veterans in their transition to their communities.

Ken’s company Raymond Associates is a certified Service-Disabled Veteran Owned Company with a significant record of successfully winning and carrying out complex contracts.

Ken and his wife Toni-Ann of thirty-one years have four children and currently reside in Saratoga County, New York.